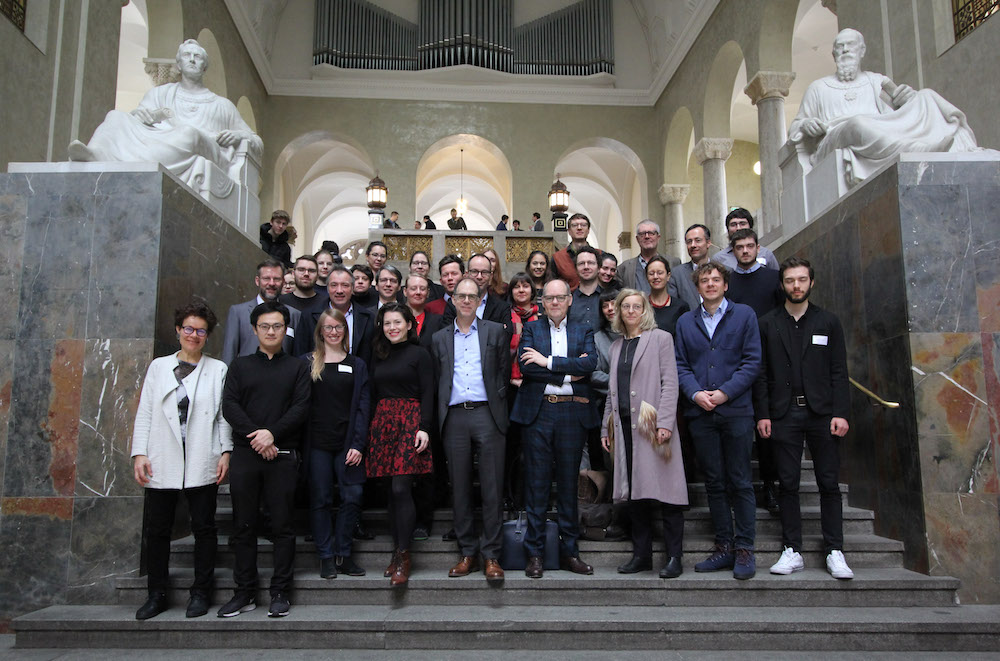 The 12 research projects of the DFG Priority Program are based at various universities in Germany. Within the scope of the overarching theme, each of the projects addresses its own particular questions. The program reflects the diverse and transdisciplinary character of the research field. At the same time, the intent is to achieve close cooperation and productive exchange among the researchers.

This dialogue will be further refined and continued in the form of regular conferences and workshops. We welcome you to participate in the upcoming symposiums.

We extend a warm welcome to our upcoming online conference:

It is impossible to think of the term “digital image” in isolation. The digital image is fundamentally embedded in the environment of complex technical infrastructures and appears continuously modified as well as contextualized. It is integrated into communication channels generally referred to as “social media”, but whose “social” component is now often called into question. Unmistakable, therefore, is the social and political dimension to be critically addressed in the third symposium of the Priority Program (SPP) “The Digital Image” planned for April 28-30.

A changing mood may serve as the starting point for the present conference. The euphoric promise of freedom that digital media once held out has given way to skepticism and mistrust. For this very reason, it deserves to be recalled and discussed anew. Although the period up to the 2010s was characterized by confidence in the seemingly unlimited possibilities of a barrier-free, decentralized exchange of knowledge and science and the enabling of hierarchy-free social communication, names associated with this – such as Clay Shirky and Jeff Jarvis – are almost forgotten today. Proclaiming the triumphant advance of the network society, they still met with great approval until a few years ago. The euphoria of the early days has now been replaced by a general skepticism that also affects the widespread journalistic organs and is increasingly determining debates in the humanities. When it comes to social media today, it is often pointed out that “social” should be written in inverted commas because social media is said to encourage tendencies towards polarization and even to provoke hate speech. In the age of increasingly dominant monopolists like Google and Amazon, the economic effects must also be viewed critically. Digitalization in general often has a disruptive impact, which is no longer meant positively in the Schumpeterian sense. Politically, extremism and populism seem to benefit more from the internet than the great enlightened project of continued modernity to which its pioneers unquestionably felt committed.

The upcoming SPP symposium hopes to connect the origins of the digital image in the idea of a liberal and enlightened awakening with current critical debates. For this purpose, political and economic aspects in addition to social dimensions and the challenges of a digital and digitalized communication situation that is becoming significantly involved in images will also be addressed in their mutual conditionality. One possible focus could be the debate about digital images within the currently controversially discussed and rapidly expanding field of Artificial Intelligence. Another starting point could be the SPP’s central assumption that images are associated with a particular plausibility since they are attested with a high degree of realism in everyday thinking. The conference aims to present a new perspective that does not evaluate the digital image through the eyes of the past, falling behind new developments. Instead, the program strives to take a more forward position: It aims to take the existence of digital media for granted to describe and analyze consequences, guidelines, and goals for a fruitful constellation.
The conference is part of a Priority Program (SPP) “The Digital Image” funded by the German Research Foundation (DFG).

The possibilities of the future are endless. The opportunities offered by digital technology to communication, to business, and not least to science are far from exhausted. What developments can we hope for, or imagine could soon result from the (short) history of the still young digital image? What visions are possible? What potential is evident? What are the opportunities and risks?

In this section, keynote speeches will address the political dimension of the digital image. What does the integration of digital images into our society mean? What part do digital images play in the continuous digitalization of our communication and social behavior? How does our current “digital culture” differ from the previous one? For example, has the new image-writing come to replace the speech- and text-based communication of the telephone and e-mail age? To what extent and why might it now be necessary to take a fundamental look at the bigger picture of digital change in a culturally critical way? Do we now need to set the course for controlled, democratic socialization of the digital sphere? What role does the “image” play in this field? Are we prepared for a critique of the digital image culture?

All times are listed in CET. 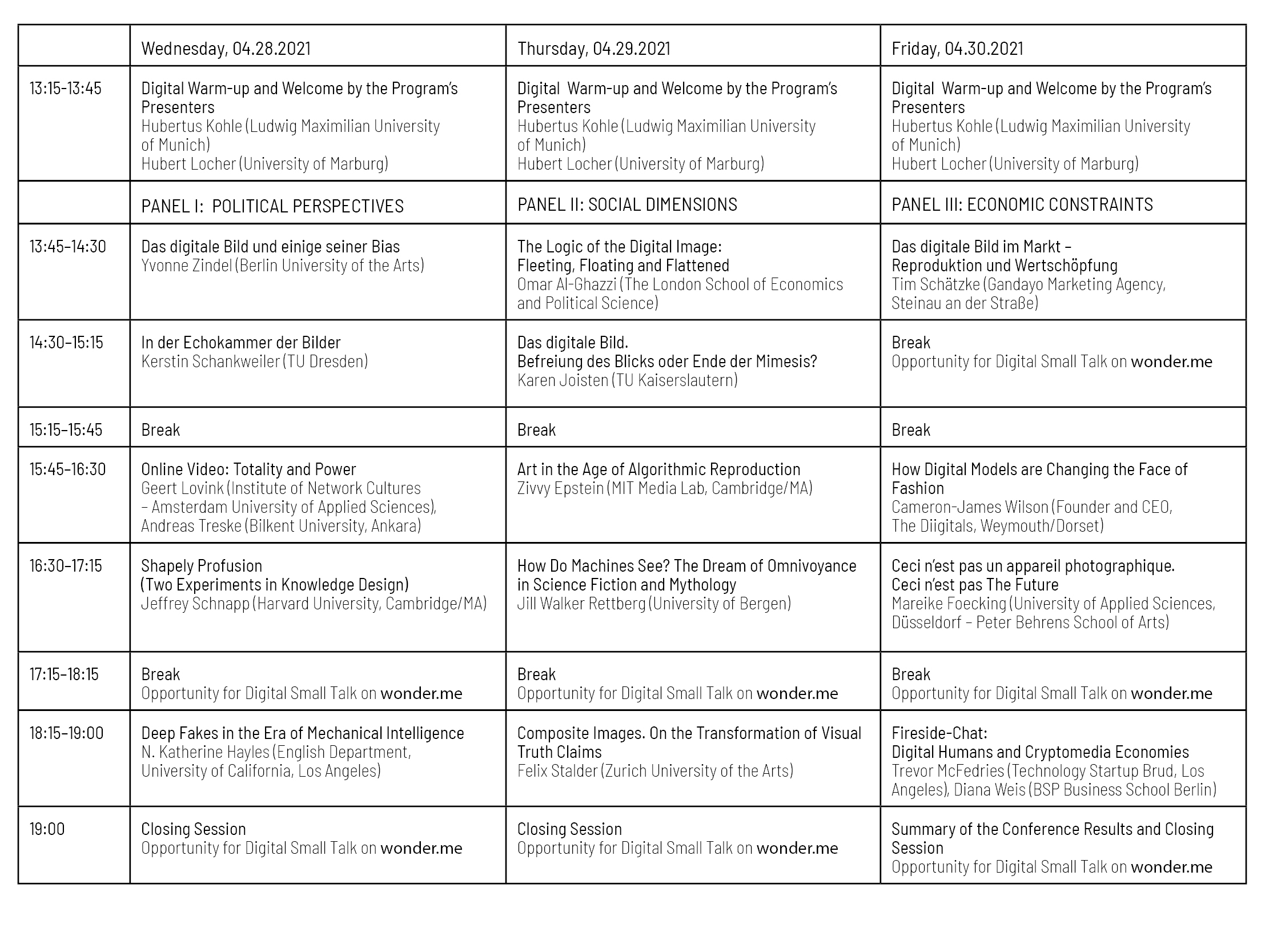 The Schedule and the Abstracts are also available for download.

If registration does not work, please write directly to dasdigitalebild@kunstgeschichte.uni-muenchen.de and we will add you to the list.